My 52 week project is doing exactly what I had hoped for – forcing me out of a creative rut! Back in Week Four I took this photo from the Stone Arch Bridge…

And today, I decided to play around with it…

Thanks for checking out my work, this image and others are available in my etsy shop.

I’m a little behind on my blogging but I’m still keeping up with my photo walks. For the fourth week of the year I actually did a photo drive since it was so bitter cold out and I covered a 20 block stretch of Central Ave NE. Here’s a few things that caught my eye that day, enjoy! And, if you have any suggestions for areas or subjects to photograph for my 52 week project, please let me know in the comments. 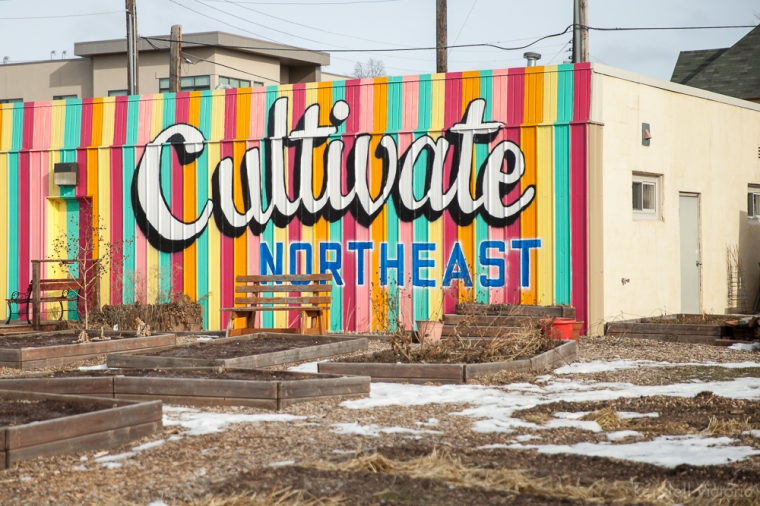 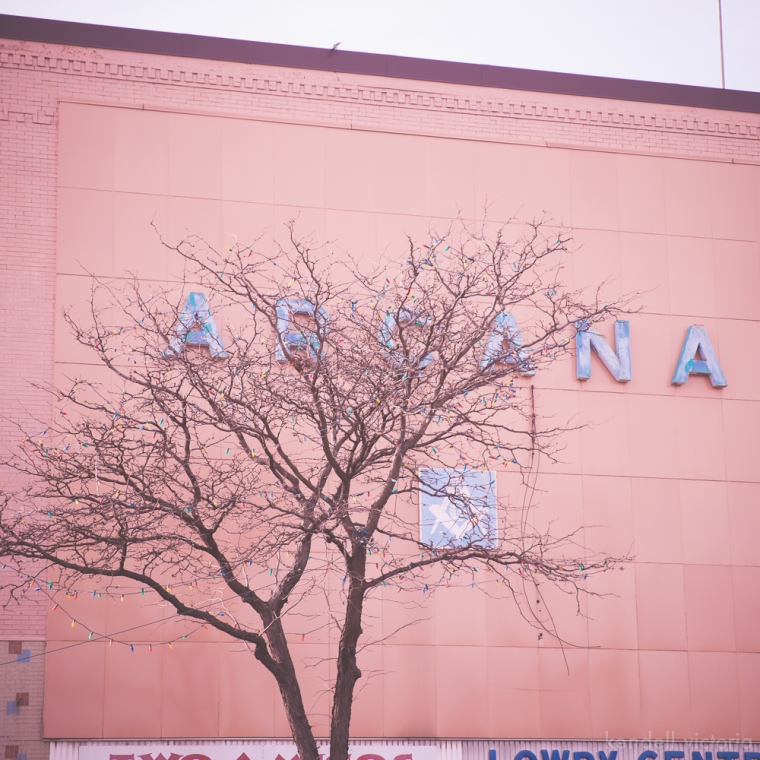 I never get tired of photographing on the Stone Arch Bridge. It is such a lovely landmark and provides great views of the city, the mill district, and the Mississippi. Enjoy! 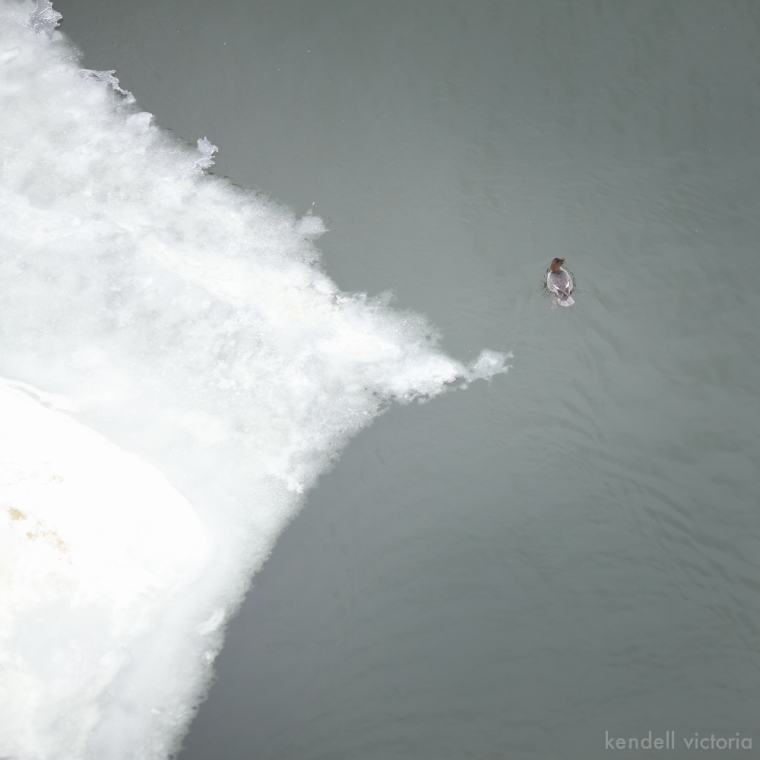 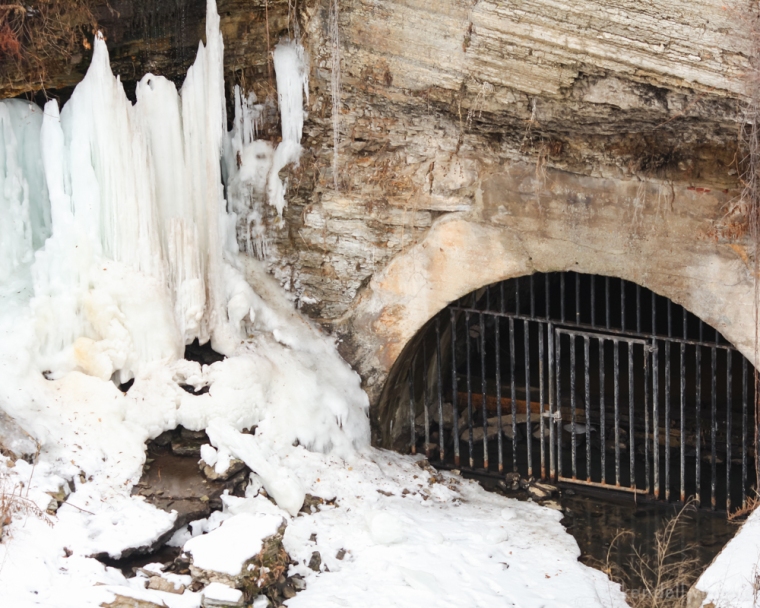 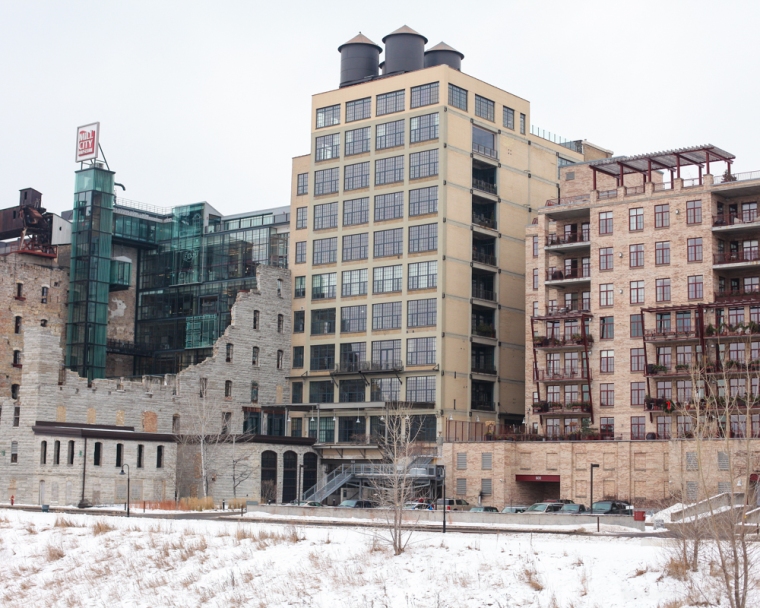 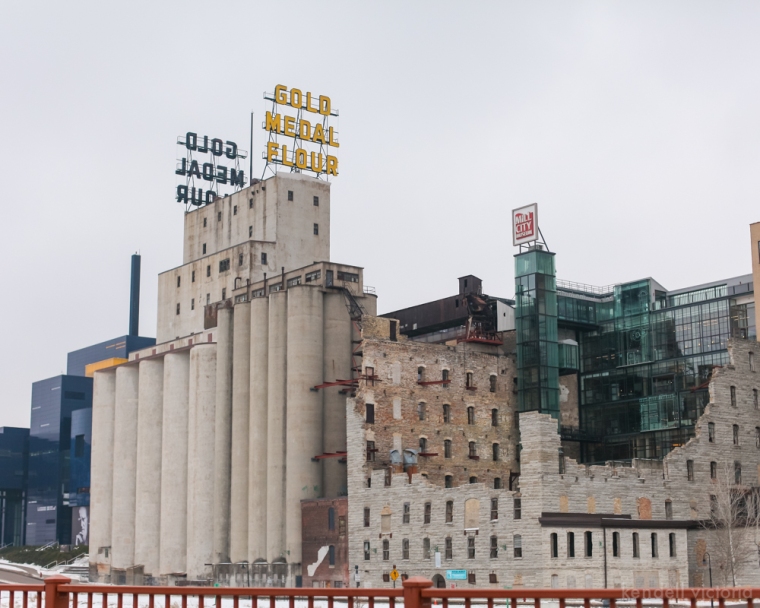 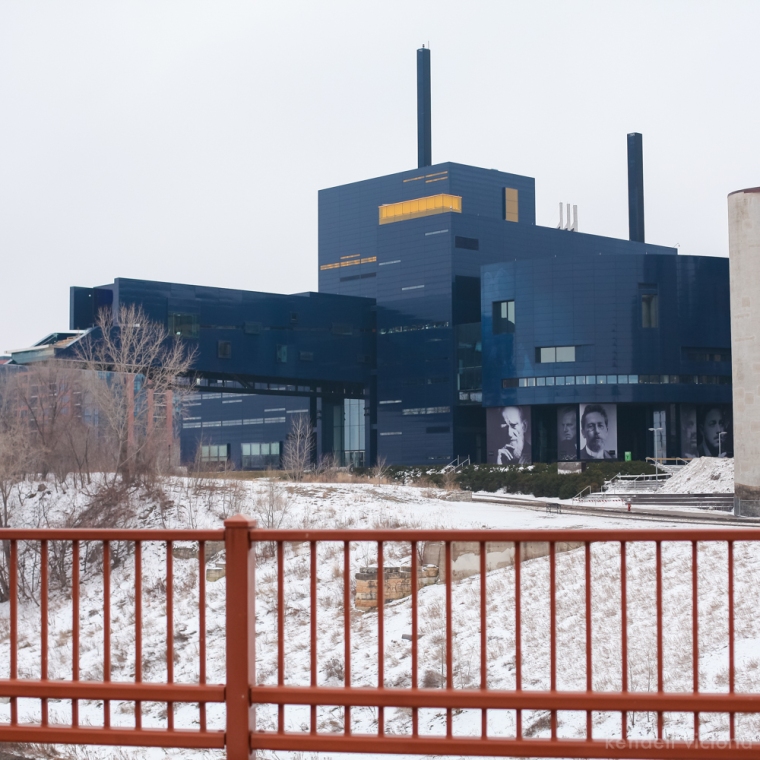 I can’t tell you how excited I was when I found out there was and ice castle in Eden Prairie. Unfortunately, what I imagined in my head was way cooler than what I found in person. It’s not bad, it’s kind of cool actually but I’d call it more of a fort than a castle. I went during the day but after dark they turn on the lights and the ice changes colors which could make it a little more magical but I think I prefer snow and ice in their natural blueish-white state. More info can be found here: http://icecastles.com/ep/ If you go, I’d love to hear what you think in the comments below. 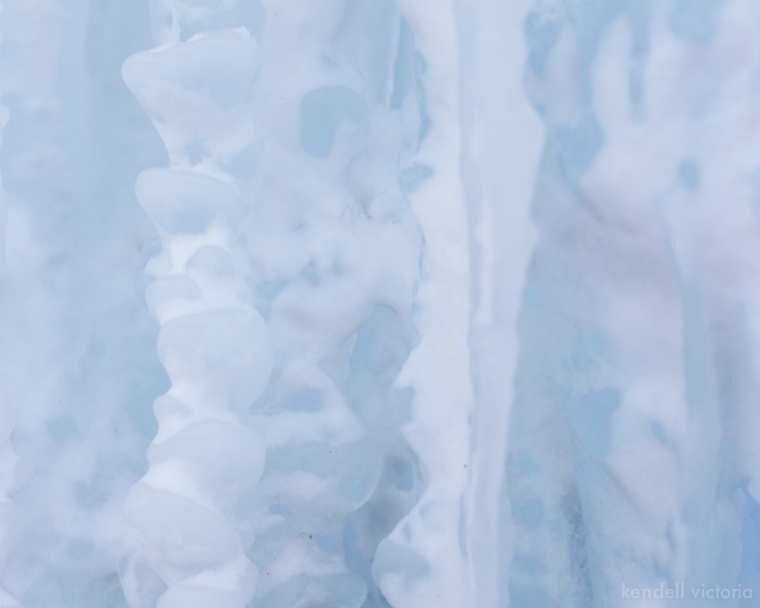 Okay, you know those 365 photos in a year projects? Yeah, I’m not doing that. I admire people that can do that but the reality is that it’s freakin’ cold in MN and some days I don’t want to leave the house.  So, rather than bore you with a photo of the inside of my house everyday for 6 months of Minnesota winter I’m choosing to do 52 weekly projects instead. And so, every week for the next year I will wander around somewhere outside of my home with my camera in hand and share my finds here with you. I hope you’ll find them interesting, feel free to share your thoughts in the comments below.

Since this last week was all negative digits outside I chose a nice warm place to start my project, the Minneapolis Institute of Arts. The MIA is celebrating their 100 birthday this week. I wandered their warm halls on a chilly Friday afternoon without any particular agenda. What you’ll see here is a random collection of things that caught my eye. Enjoy! 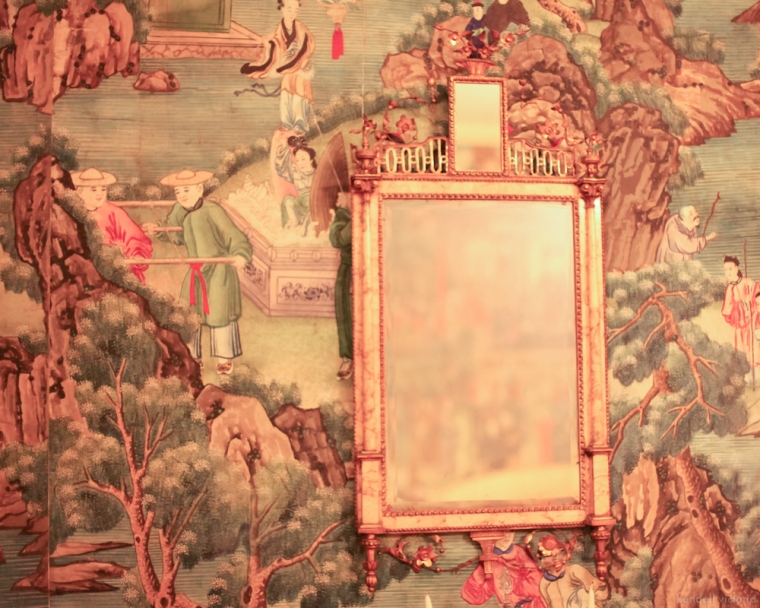 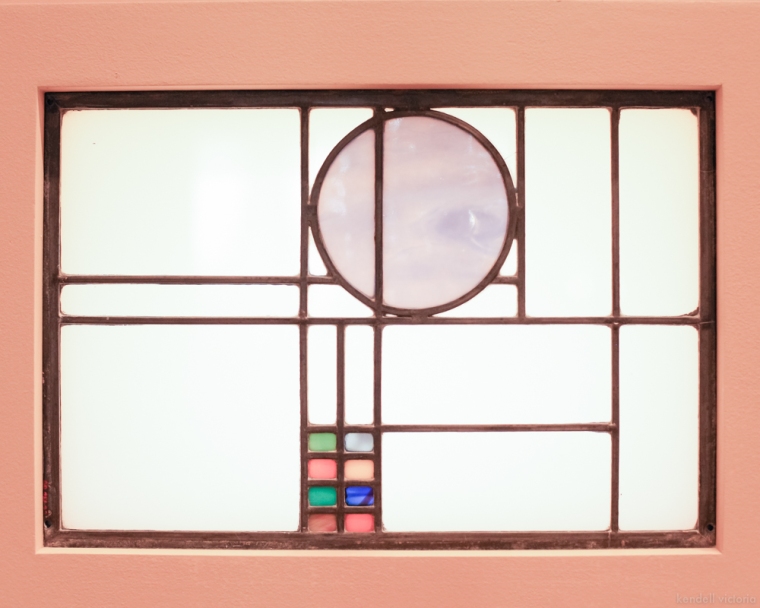 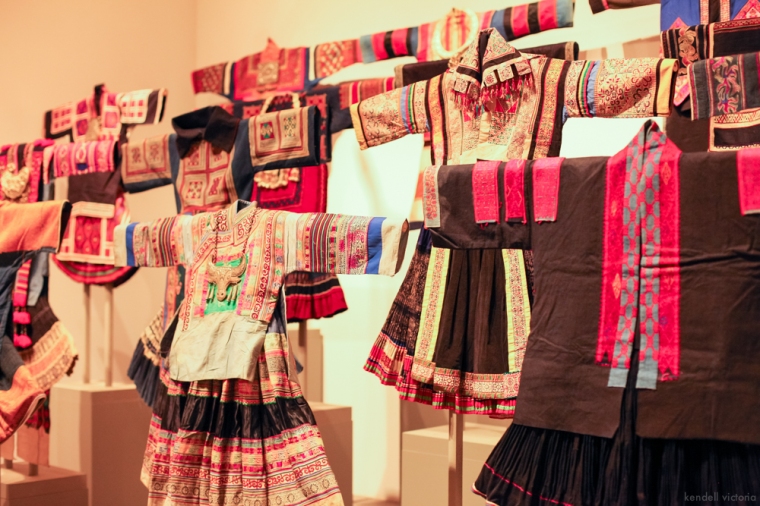 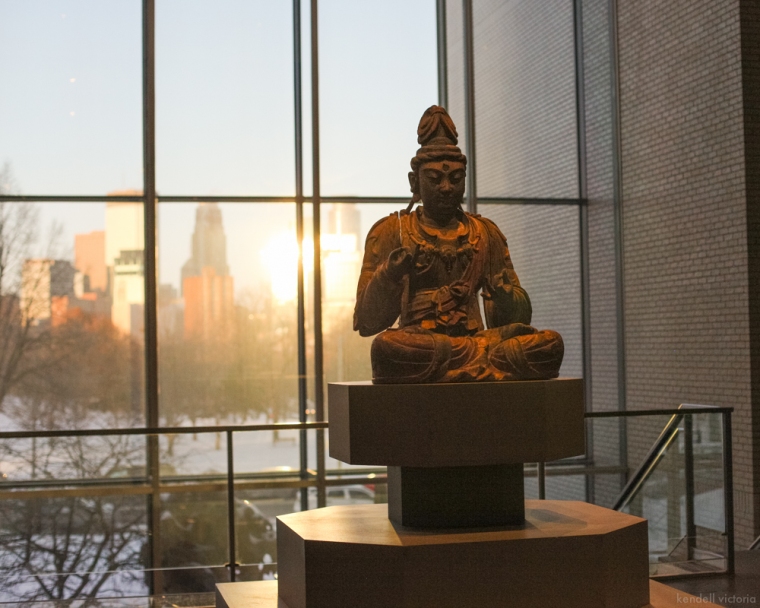 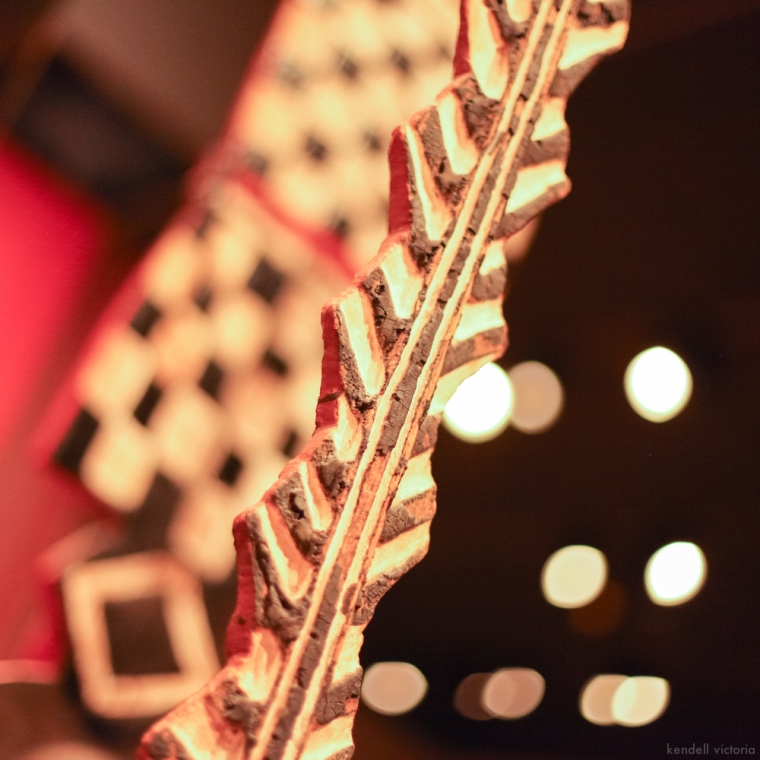 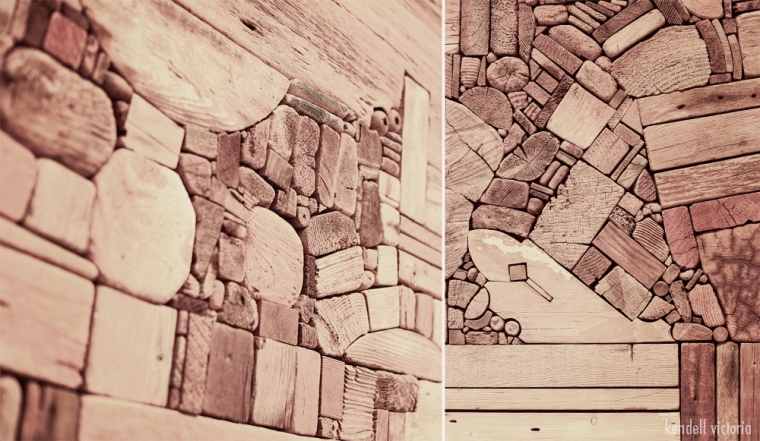 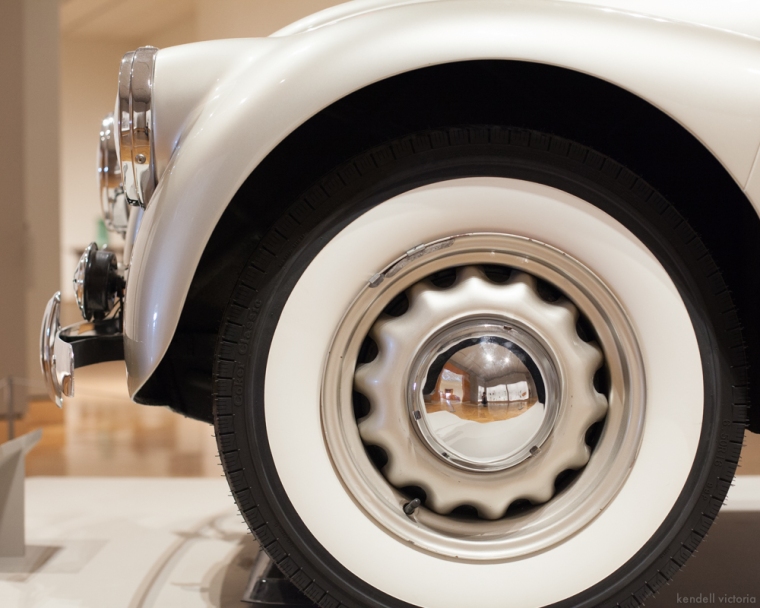 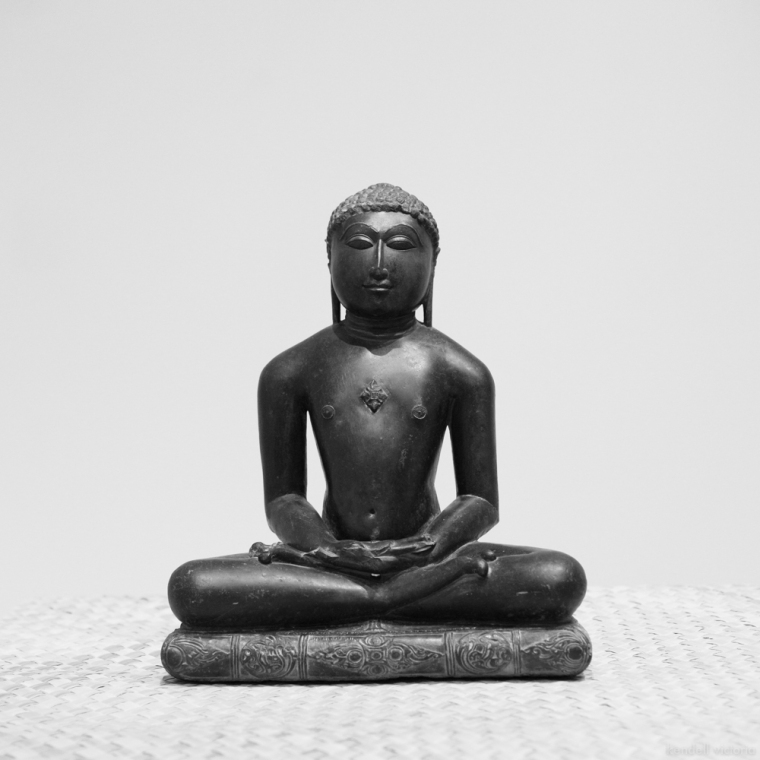 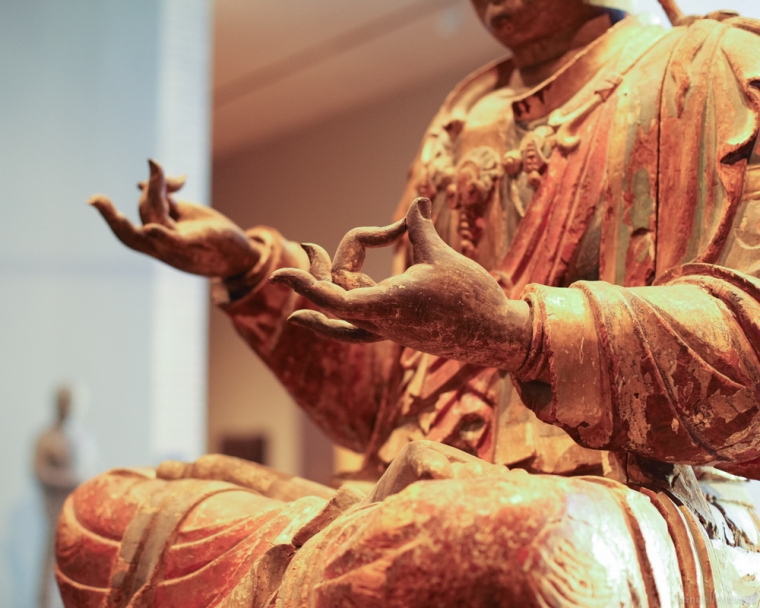 My friend, Lindsey, volunteers as a foster doggie dad with Secondhand Hounds. His favorite fosters to care for are rescued momma dogs about to give birth.

He took in sweet Ivy and gave her a safe and warm place to have her 6 puppies then helped her care for them for 8 weeks until they were available for adoption. Ivy did well, these are some gorgeous little pups! 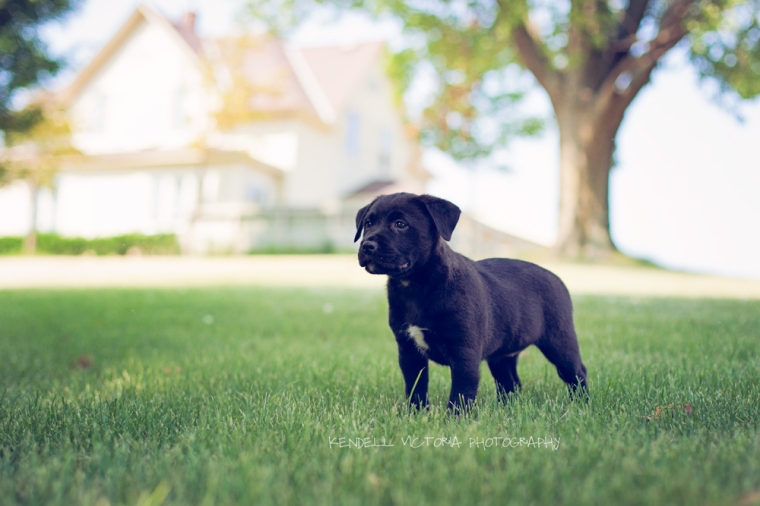 All of them have been adopted and are happily living in their new forever homes. Ivy is still being fostered with Lindsey until she finishes her heart worm treatment then she will be available for adoption too. If you’d like more about adopting Ivy or another fabulous rescue dog, please contact Secondhand Hounds.

Nicole is a high school senior this year! It’s hard to believe where the time goes. Two summers ago we did a session with her younger sister and had lots of fun in downtown Hastings. This time around Nicole wanted more outdoorsy images so we met at Vermillion Falls, ran down to the old abandon mill, and ended our session by the river. Nicole wants to be a photographer so we had lots to talk about! 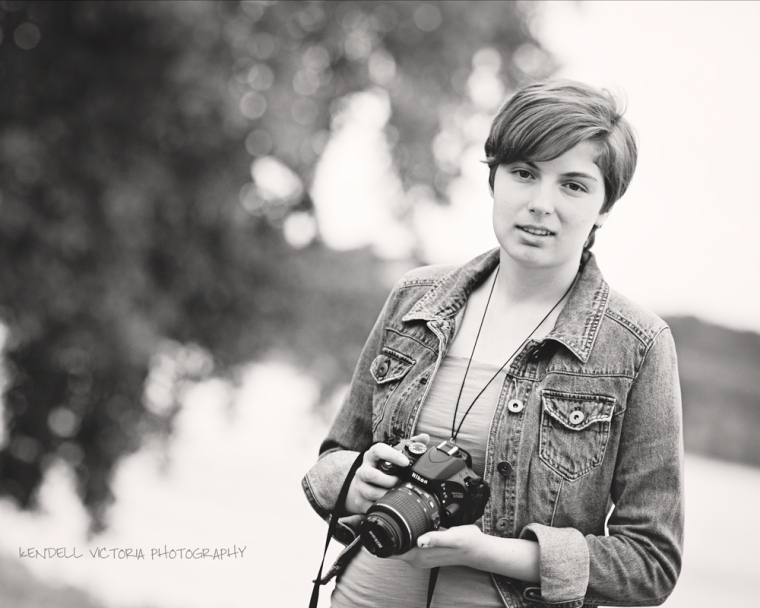 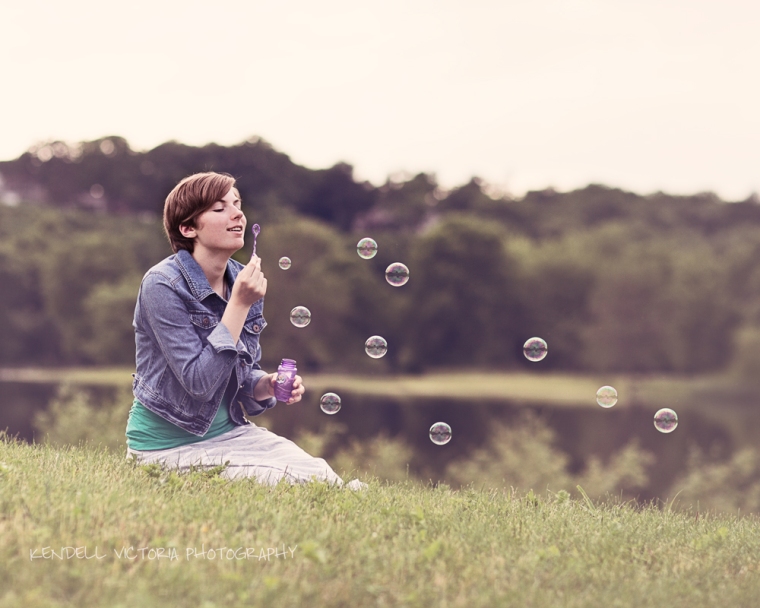 Best of luck to Nicole in her senior year of high school and her future photography career!

If you’d like to see the session from 2 years ago with Nicole and her sister, click here.

This morning I had the opportunity to see the President of the United States speak at the Lake Harriet Bandshell. My friend, Kristin, and I got there early and found a good spot just on the edge of the wooden benches. Around 9 am, they brought on The Steeles, a toe-tapping good gospel band for some pre-Barrack entertainment.

As you can see, we had a pretty good spot standing on the edge of the seated section. I was feeling pretty good about things until Amy Klobuchar came out to speak.

Of course she had some very nice things to say but it was at this point that I realized the problem of being on the side of the stage. If Amy stood just under the tele-prompter, Barrack would be standing just behind it. Oh no. 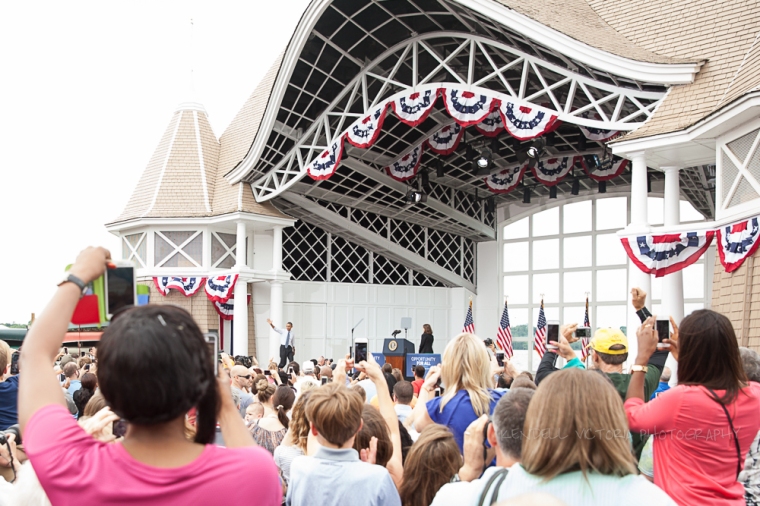 He arrives and we all go wild!!

Yep, this was our view. I spent much of his speech on my tip toes, camera glued to my face waiting for the off chance that he would lean forward or step to the side. Peek-a-boo Mr. President.

Eventually, I got myself to a spot where I could get a few good shots.

There were about 2000 Minnesotans at the event. And, yes, one guy on a cell phone.

We had an R.T. Rybak sighting!

At the end, we snuck into the VIP area and almost got close enough to shake his hand! 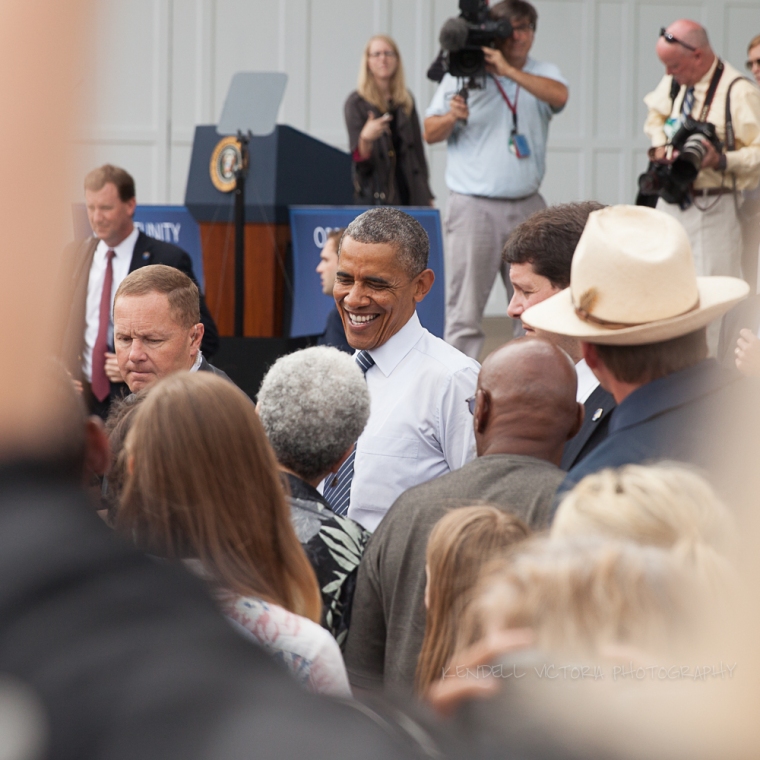 Overall, it was an amazing experience. He spoke in a relaxed and casual manner (which, frankly, made me wonder if he was even using those darn tele-prompters) about things that matter, like raising the minimum wage, equal opportunities for all Americans, and affordable health care. He talked about Rebekah Erler, the woman who wrote the letter that inspired him to come here and see what a day in the life of working Minnesotans is really like. He was funny, and witty, and he was hopeful.

Cynicism is a choice, and hope is a better choice. Every day, I am lucky enough to receive a thousand acts of hope.

I have an obsession with Spring flowers. Every year, after a long pent up winter, I get out and photograph dozens of flowers. Tree blossoms are my favorite. What’s your favorite springtime flower? 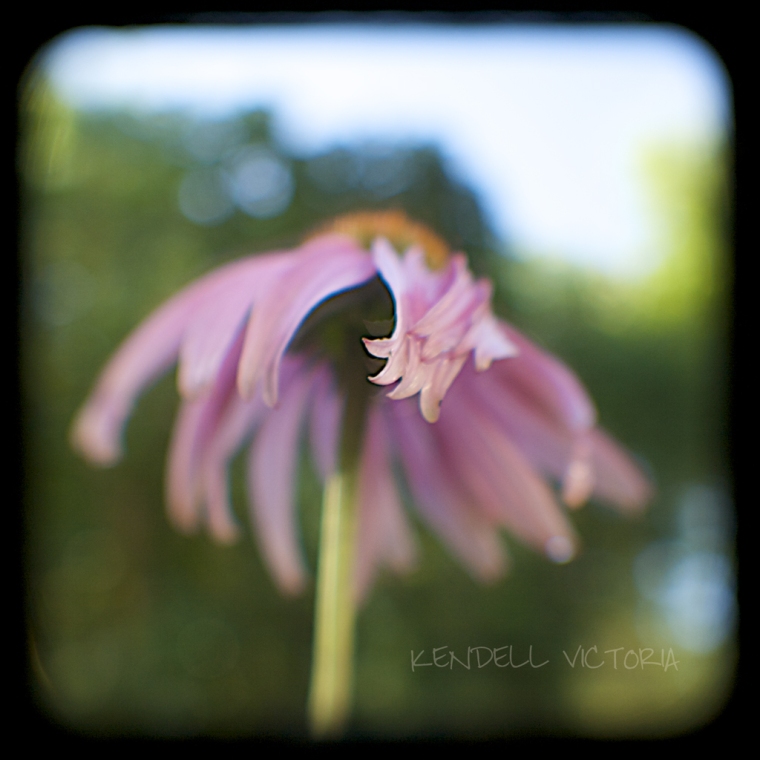 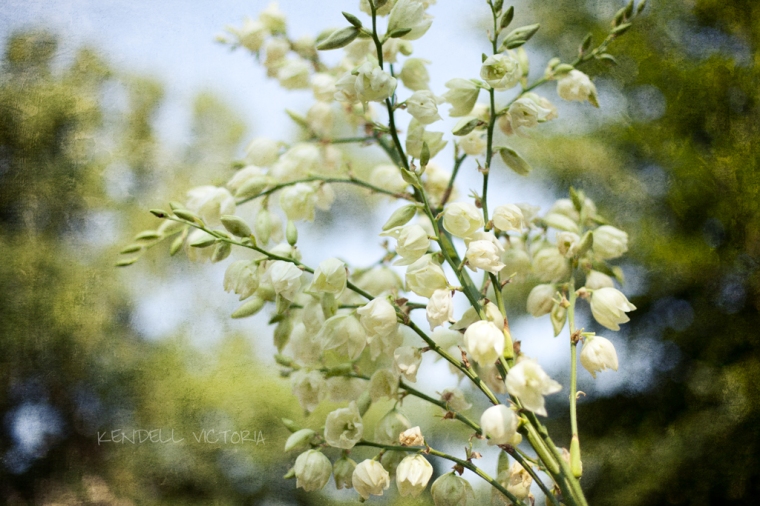 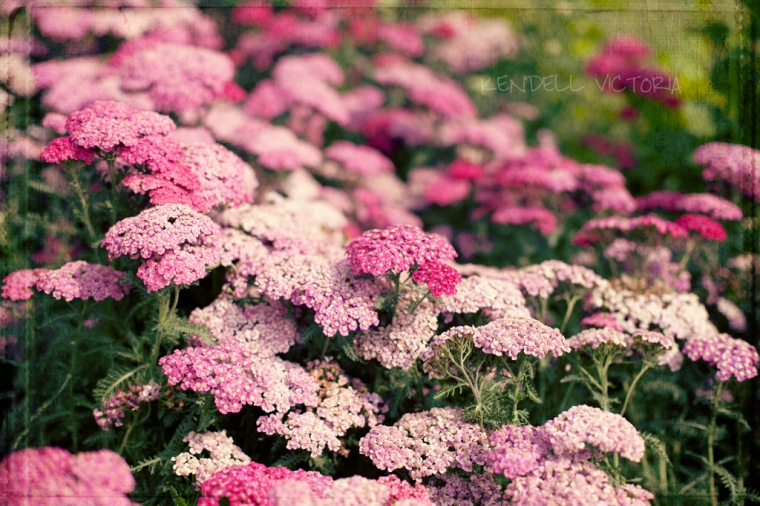 All of the above images plus several more are available as fine art prints in various sizes in my etsy store. Click through to have a peek!

A professional head shot for your online profile.  What is it really good for?

A professional headshot can earn you more money. Employers these days check your online profile. A great profile pic tells them that you are a professional with an attention to detail, it will give you an edge over the competition and likely a better offer than had you gone with the iPhone photo of you on the beach with a beer in your hand and a scorching sunburn.

A professional headshot could find your soulmate. If you’re using an online dating site ditch the photo of yourself 20 years ago and 20 lbs lighter. People need to see the real you, under the right lighting in a clearly focused image that flatters how you look today.

A professional headshot can boost your confidence. You know that feeling after a haircut or a mani-pedi? You feel attractive and a little bit fancy. Sadly hair grows out and nail polish chips. A photo lasts forever. With a professional headshot, every time you log into your social media accounts you’ll feel a little fancy. And, when you add the photo to your profile all the compliments you receive from your friends/fans/followers will make you feel all sorts of warm and fuzzy.

So, now that you’re convinced that a professional headshot will change your life, you might be wondering what it will cost? Less than a summer’s worth of haircuts and mani-pedis!

I have a special social media package for $175.

That’s a heck of a deal!! Contact me ASAP for this life changing experience!!